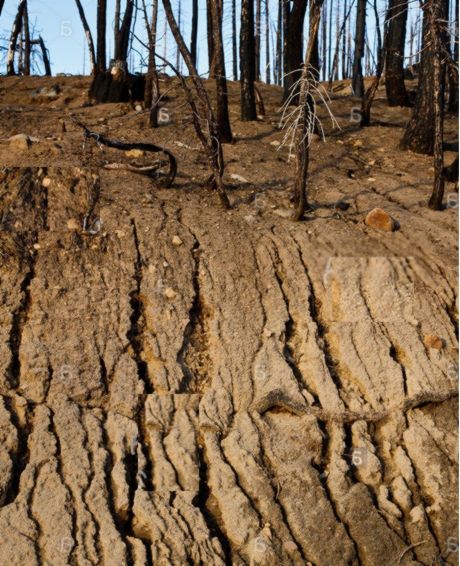 Like the universe itself, the brain is a self-organizing system.

Information enters a young, forming brain and makes pathways, forms networks of movement that allow for repeating patterns. These repeating patterns allow us to recognize and master the world around us. We recognize objects and events and respond based on our recorded patterns of thought. We couldn't survive without these "pattern recognition" abilities.

What causes pathways and connections to form in a self-organizing system? Receptivity and resistance. Imagine a hillside and the rain falls onto the hill...eventually channels form where the rain passes. What causes a channel to form where it does? Receptivity in the ground, softer soil....while rocks and other points of resistance force the flow away. Most of this is unseen to us...we just see the resulting channels.

Anyone who tells you that you can "erase unwanted patterns" or "eliminate negative beliefs" is simply not up to speed on brain science.

So if our thought patterns cannot be erased, how do we change our thoughts? How do we overcome unwanted patterns? How does anything change in our brains?

The answer is simple: Growth, expansion...you add something else that balances the old thought or overwhelms it with something new, such that it becomes a less prominent pattern...even to the point of becoming almost unused (almost forgotten). The new channels, with sufficient time and flow of information, take most of the flow away from the old ones. Expansion can either deepen a channel or minimalize it.

So within the brain and within all self-organizing systems, balance is key. When patterns get severely unbalanced, we fall into deep caverns of cognitive bias. That is when all new information (input) is routed into the same thought patterns over and over, and it becomes difficult to have any new thought...any "other" thought. This is where conspiracy theories comes from (more on that in a future email)

Thankfully, the brain is quite large in capacity...and there are plenty of new frontiers -- new hillsides -- we can explore and discover, allowing us to add new thought patterns quite easily. These new patterns will self-organize around the existing ones, but they will also form new networks of thought.

Keep learning and your brain will balance itself...and so will the Universe. 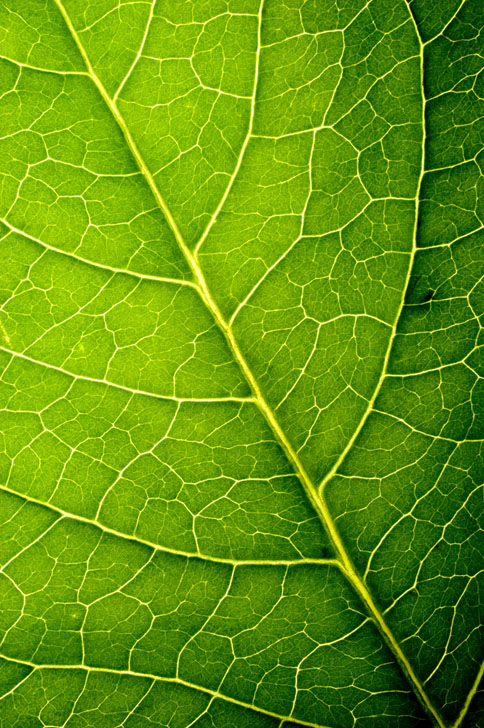 Last week, I wrote about one of the characteristics of self-organizing systems (such as your brain): indelibility. You cannot undo the structures or network connections once they are created -- but you can expand them and compete with them by creating new connections.

Today I want to talk about another characteristic of self-organizing systems: asymmetry.

Self-organizing systems are always asymmetrical, organic, and seemingly unstructured. The channels formed by the rain on a hillside or the veins in the leaf of a tree are examples of this. The patterns are assymetrical. The scientific term for this is asymmetric bifurcation, the splitting of channels or pathways in an asymmetric manner.

Why is this important to understanding our brains (and our potential)? There are two properties of asymmetric bifurcated (AB) systems that affect how we think and what we are capable of...

This was certainly a brainfull of information, but I hope it was intriguing and inspiring. Keep learning and thinking.

I've been discussing the nature of self-organizing systems in this series -- because it provides insight into the nature of the human brain, as well as the universe itself. If we understand how our brains organize, process, store and recall information, we will gain more control and empowerment with those processes. And we might just be able to apply some of this to the universe itself.

Today I want to talk about how self-organizing systems are structured. Specifically, they are: layered and interconnected.

When you think of the veins on a leaf, we can see how they form a kind of "network" of pathways or connections. We know now that the brain processes information (thoughts) through brain networks -- and that certain networks are largely responsible for certain tasks. For example, we all have a network in the brain that helps us recognize human faces. It's called the fusiform face area of the brain.

Well, it turns out that this facial recognition network is actually a series of three distinct networks that encompass 25 key regions of the brain. It's a network of networks...all interconnected, overlapping and functioning in a specific chain of activity (an order). The most common term for this type of network structure is layered networks.

Why is it important to understand the layered network structure of the brain and the universe? Here's why they are special...

If you're thinking that the image at the top of this article is a map of the human brain...I have a suprise for you: It's actually a map of the Internet.

I hope this series is keeping you thinking and questioning our potential. I'm going to put some of this information into practical form in my next article, where I'll discuss a couple of the most powerful mechanisms for empowering your brain and your life!


This is where things start getting really exciting. This is where the aspects of self-organizing systems (the brain and the universe, the Internet and all of nature) reveal their true powers…and their secrets.

It all comes down to context.

Context is what causes one network to “activate” instead of another. Context is what turns information into “triggers” that then light up, or excite certain networks in the brain…causing us to think (and act) in certain ways.

Context is what turns static data into dynamic “switches” in our brains. Consider this: A man touches a woman softly on the shoulder. In one case, this is a trigger for abuse and inappropriate sexual behavior. In another case, it’s a sensual gesture from an attractive guy, which possibly elicits a physical response (heart racing, what were you thinking?). The difference is context.

Interesting Aside #1: In dynamic networks, such as the brain, we find that the medium is the message when it comes to context. What does that mean? It means that there is no "data" running through the branches of the network structure. Rather, the network structure IS the message. Context is the message. You could say it this way: There is no data, there is only awareness of context. Why this matters and how we can harness its potential (remember that word) will be the subject of a future email.

Everything in our brains is context sensitive. Words have contextual meaning and a single word can trigger a series of brain networks into action. Context is what tells genes to turn-on other genes, leading to permanent gene sequencing in your brain. Those genes then influence your brain networks in a myriad of ways. And this can change the outcome of your life.

Context comes from environment: both internal, which may be called biochemistry, and external, which can be called culture. Culture occurs in the womb, throughout childhood and the family environment, and from peer groups, neighborhoods, social systems (races, religions, political groups), and countries.

Each culture has a vocabulary. The vocabulary creates and then repeats associations with certain brain networks, like guards at the entrance of a neighborhood, allowing some to pass through and forcing others to seek a different neighborhood (network).

Think of men wearing skirts. There's a good chance you're thinking of Scottish men. Now think of the actor Mel Gibson. Are you also thinking about his famous anti-Semitic comments? Can you think of Mel Gibson without thinking of anti-Semitism?

Who would have imagined you could create direct associations between skirts and anti-Semitism? Associations define the context. Context defines the meaning. Meaning influences behavior and outcome.

Now here’s the gold: There is always (and I mean always) more context to be had. You can never have all the context about anything…ever. This means there’s always new associations that can be assigned to old pathways and even new (or updated) networks that can be formed from existing connections in the brain. You just need the right context to "excite" the pathways.

Interesting Aside #2: It's easy to think of the brain, and the universe, as a network of networks that are ever increasing in complexity. A garden that is left untended slips into increased complexity and what some call chaos. A tree grows from a single trunk into thousands of leaves, representing exponential complexity of network structures. But the tree may lose its leaves in the Fall or even lose branches from age and weather. Certain plants might overtake the garden and kill off many of the other species of plants, reducing complexity. Neuropathways can merge into a confluence of meaning and association, thus reducing the complexity. The purpose of associations in an asymmetrically bifurcated, layered network structure (see previous articles) is not to add complexity, but to organize the pathways, setup signposts (triggers), and allow for awareness to excite its way through the system, finding context and creating meaning.

For today: Learn a new word, preferably from a different culture than yours and go deep into its meaning. One of my favorites is the Portuguese verb esperar which means both “to wait” and “to hope” – something to ponder. Here's another: Consider the subtle difference between the words mitigate and ameliorate. Why do you think we have both words?

To your signposts -- CVB

How To Setup The LaunchMoxie Affiliate Program: WALKTHROUGH
Scroll to top